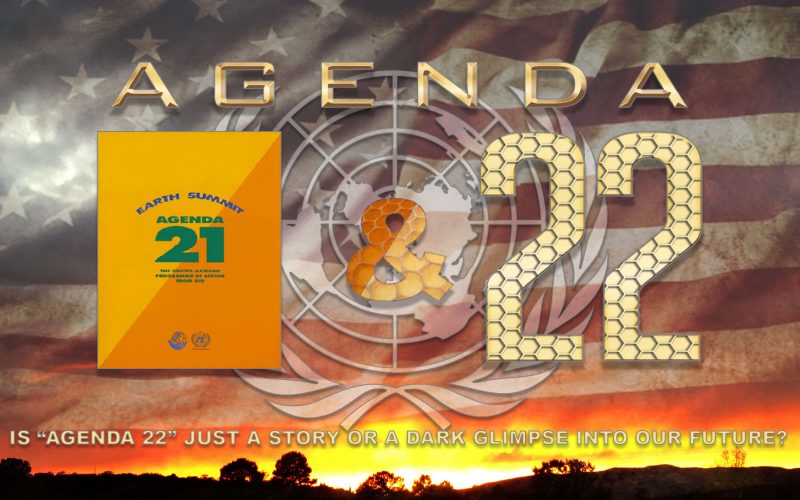 Simply it is the UN’s vision for a centrally managed global society.

Agenda 21, was the outcome of the United Nation’s Earth Summit, held in Rio de Janeiro in 1992. This treaty outlined, in great detail, was the UN’s vision for a centrally managed global society. The United States government was a signatory to the “voluntary, non-binding” action plan.  “All countries and all stakeholders, acting in collaborative partnership, will implement this plan,”.

Agenda 21 was renamed Agenda 2030 the fall of 2015. When it was sanctified by the United Nations, the United States and Pope Francis, the 266th Pope. , The 2030 Agenda for Sustainable Development, calls for global redistribution of wealth.  The Agenda 2030 plan clearly states that it is a “new universal agenda” for all of humanity.

“While Agenda 21 focused mainly on the environment, Agenda 2030 encompasses far more and is touted to be the ‘new universal agenda’ for humanity,” Nancy Thorner and Bonnie O’Neil of the Heartland Institute and the Illinois Review wrote. “It professes to be an altruistic plan that will benefit future generations. The reality, however, is that U.N. Agenda 2030 will rob individuals of most every freedom through its imposed mandates.”They added that “American citizens need to wake up to the fact that their American sovereignty is being challenged by the United Nations.”

I was inspired to write Agenda 22 as a fictional story based on the elements of how our society would change under Agenda 21/2030.

I believe in the power of the mind and our ability to create our own reality.

Is “Agenda 22” just a story or a dark glimpse into our future?