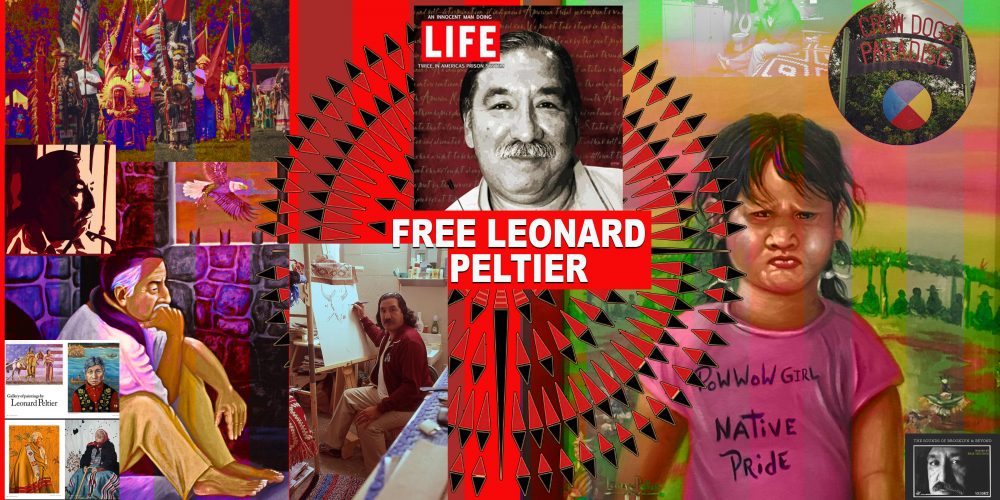 Leavenworth becoming medium-security institution
Leonard Peltier, serving two life sentences for the 1975 slaying of two FBI agents in South Dakota, has been moved to a federal penitentiary in Indiana, according to his attorney and the Bureau of Prisons.

Peltier’s relocation to the U.S. Penitentiary in Terre Haute, Ind., was prompted by a change in mission at the federal prison in Leavenworth, Kan., where he has been held.

Maximum-security prisoners had to be moved out of the penitentiary so the facility can be transformed into a medium-security institution.

“We kind of thought he was going to be transferred,” Peltier’s attorney, Barry Bachrach, said Wednesday. “We didn’t know when.”

It apparently happened last week and Bachrach found out Friday when Peltier’s grandson went to visit him.

Peltier’s move also means that the Leonard Peltier Defense Committee is in the process of moving from its downtown Lawrence headquarters to a new location in Terre Haute.

Paula Ostrovsky, media and public relations officer for the committee, said it made sense for the organization to be located near Peltier.

“It is his wishes that we move as he moves,” Ostrovsky said.

Bachrach said he talked to Peltier by telephone Wednesday afternoon. Peltier was told by prison officials that he will remain in solitary confinement indefinitely but “was given no reason,” he said.

“The situation is not good,” he said. “He has no fresh air, no stamps, no way to call and he’s about ready to run out of his meds.”

Initially, prison officials told Peltier he would be “in the hole” until his paperwork arrived, Bachrach said.

Peltier, who suffers from diabetes and other ailments, has two days of medication left, Bachrach said.

“I’m going to try to get U.N. and congressional intervention. There’s a U.S. Supreme Court case that says they can’t do this,” he said.

An employee at the Indiana prison said no one was available to answer media questions about Peltier’s status.

Peltier, 60, was a member of the American Indian Movement in the 1970s and was convicted in Fargo, N.D., of killing agents Ronald Williams and Jack Coler 30 years ago, on June 26, 1975. Both men were shot in the head at point-blank range after being injured in a shootout on the Pine Ridge Indian Reservation.

AIM member Joseph Stuntz also was shot that day. The Justice Department concluded an FBI sniper killed Stuntz, who was clad in Coler’s FBI jacket when his body was found.